In social sciences, the most interesting questions are arguably about cause and effect. 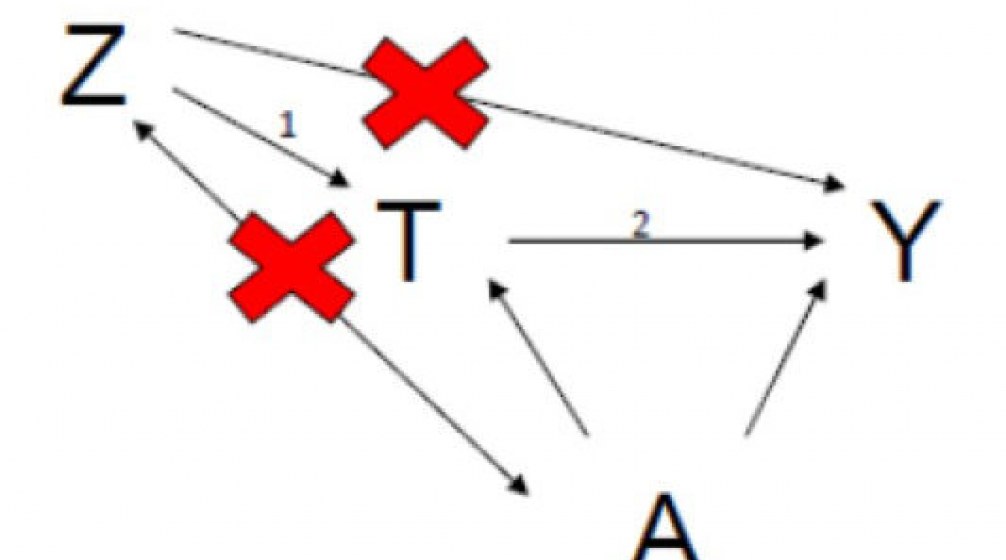 In social sciences, the most interesting questions are arguably about cause and effect. For example, what is the effect of the number of children (T) on female labor supply (Y)? Instrumental Variables (IV) regression is a powerful tool to estimate causal effects, but relies on an exclusion restriction (see Figure 1): an IV (Z) only affects the outcome (Y) through the treatment (T). When Z is found to be correlated with Y, we have proven that T causes Y, since the only way through which Z and Y can be related is if T in fact causes Y (i.e. if arrow 2 exists). 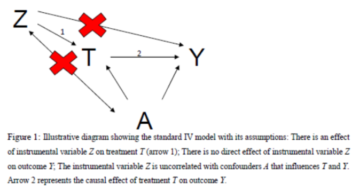 Our innovation is to synthesize these two recent advances.  By first estimating the direct effect of Z on Y using the zero-first-stage test, and in turn using this input in the plausibly exogenous method, we overcome the limitations of both approaches. After all, whereas the plausibly exogenous approach does not provide guidance on how to choose input, the zero-first-stage test provides exactly that.  Likewise, using the plausibly exogenous method, our procedure gives a second life to IVs that appeared to be promising but eventually ended up idle when violations of the exclusion restriction were detected in the zero-first-stage test. We illustrate our procedure by estimating the effect of attending Catholic high school on schooling outcomes, and the number of children on female labor supply.