On the interplay between politics and economics

Interview with James Robinson (Harris School of Public Policy – The University of Chicago). 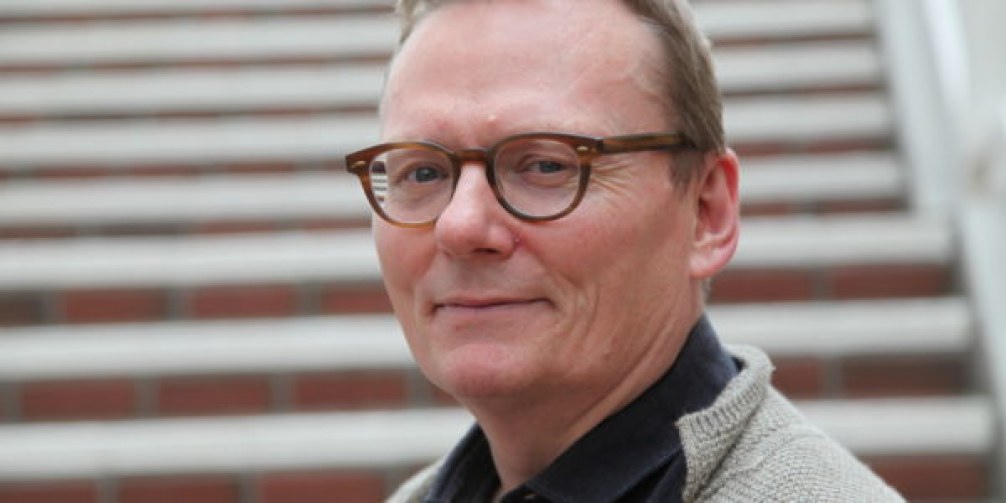 From May 31 – June 2, James Robinson delivered the 2017 TI Economics Lectures on `State, Society and Development’. A leading expert in the field of political economy and co-author of the bestselling book, Why Nations Fail, Robinson brought the students up-to-date with the ongoing research on state capacity and economic outcomes, while simultaneously inviting students to look beyond the boundaries of standard economic theories and textbooks.

Your research strongly emphasizes the importance of institutions for economic outcomes. Do you believe that economists are sufficiently aware of this, or do you think that more attention should be paid to institutions and political constraints in economics education and/or research?

Absolutely; there’s too little emphasis on institutions and political constraints, both in research and in education. In most US PhD programs, political economy is not even a proper field. You can’t take courses in political economy in the economics department at Harvard, for example. You can at MIT, but that’s only because Daron Acemoglu made it happen. Also, economics departments don’t really hire in the field of political economy, whereas public finance, for instance, is really accepted as a core field. The same is true for behavioral economics. In a way, this is curious— because behavioral economics really emerged as a field much more recently than political economy. When I was a graduate student, there was all this discussion about rationality. People from the rational expectations school would go on and on about how Keynesian economics was irrational and therefore did not make much sense. But apparently, it’s easier to throw out rationality than it is to get rid of social welfare maximization.

Why do you think that there is so little emphasis on political institutions in economics research?

Partly, this is because the focus of most economic research is on developed countries, where political constraints are not considered enormous. Another reason is that the study of political economy is deeply disturbing for economists’ view of the world. Economists like to say, “this policy is bad; look, here is a better one”, to which a politician might respond, “so what? It’s not in my best interest to implement this policy”. In a sense, political economy really disempowers economists.

What made you decide to get into the field of political economy, with a particular focus on developing countries?

I spent part of my childhood in the developing world. Compared to my fellow students, I thought I knew something about what went on in those countries. And when I entered graduate school, I was disturbed by the study of development economics. Professors talked about capital accumulation, migration, foreign aid and these issues.

“When you want to understand why some countries are rich and others poor, standard economic concepts only get you so far. You need a lot more input.”

To me, it didn’t seem to be fundamentally about why some countries were doing so poorly compared to others. I had the feeling this had much more to do with politics— which led me to start reading the political science literature. This was a complete revelation. When going through these papers and books, I thought, “yes, this is what is going on in developing countries!” And these were exactly the issues that were hardly discussed by economists.

In your research you use a lot of insights from other social sciences (in particular political science, sociology and history) — much more so than you would see in many other economics papers. Are economists a bit narrow-minded?

It depends on the type of problem you are studying. I, for instance, am very much interested in questions related to development. When you want to understand the difference between poor and rich countries, standard economic concepts only get you so far. You need a lot more input than a model with differences in factor endowments to understand why the Democratic Republic of Congo is poorer than the United States. For these types of questions, you really have to look outside of economics, whereas for other types of questions, this is much less the case.

Economics is sometimes criticized as an “imperialist” science, which roughly refers to economists using “their” methods to answer questions previously considered to be the domain of other fields. What is your take on this?

I think it is much more about the economic mindset than it is about the methodology. The tools of mathematics and statistics are so powerful that it would be silly not to use them in the social sciences. The tools are only limited by the creativity of the researchers. So, I don’t think there’s anything wrong with the methodology. What I see as more of a problem is using a very particular set of neoclassical inputs in economic models. But here, too, it very much depends on the type of question you are interested in.

“Piketty has done the world a great service by putting inequality back on top of the political agenda, but it really isn’t all about r minus g.”

To understand why inequality went down in the United States between the 1930s and the 1970s and then back up again, you may find that standard economic concepts already provide a lot of insights.

Regarding the increase in inequality you mention, you have entered the discussion (together with Daron Acemoglu) that followed the publication of Thomas Piketty’s book, Capital in the Twenty-First Century. What were your main concerns with his publication?

I think Piketty has done the world a great service by putting inequality back on top of the political agenda, where it belongs. A high degree of inequality corrodes functional societies— just look at Latin America. It’s a curse. What Daron (Acemoglu) and I criticized was, in the first place, the theory behind his story— or actually, the lack thereof. The entire argument revolves around a sort of neoclassical view of income distribution based on factor endowments in an economy where, for whatever reason, the interest rate is bigger than the growth rate. And that’s that. We argue that it is not possible to think about inequality dynamics without thinking about institutions. Of course, in the book Piketty does pay attention to the institutional settings in the countries he studies, but in a very ad hoc way— and it’s really not an integral part of his theory. Second, Daron (Acemoglu) and I tried to show that his theory does not explain the data very well. And to us, this is not so surprising. How can you possibly understand the patterns of inequality in South Africa during the Apartheid regime within this type of framework? Also, the difference between countries like the Netherlands and the Scandinavian countries, on the one hand, and the US, on the other, to a large extent have to do with huge differences in labor-market and wage-setting institutions— and not so much with differences in production functions, or r being bigger or smaller than g.

To what extent do you think that the rise in inequality, but also more recent events like the election of Trump and the vote for Brexit, form a threat to institutions in Western societies?

I think that Brexit is very bad for Britain, but I don’t see it as a threat to British institutions. However, we did learn that a majority of people are sympathetic toward this kind of nationalist rhetoric. So in the first 48 hours after the vote, I was a little bit afraid that people like Boris Johnson would try to seize their moment. But you could see that he was much too involved in the system; he couldn’t make himself really go for it. Besides, the party system is very strong. And I think the same applies to the US. There are all sorts of checks and balances which were put in place by the Founding Fathers exactly to keep people like Trump under control— in the 1780s there was a lot of populism. And even though Trump might love to get rid of these checks and balances, he has so far been very unsuccessful. His travel ban was immediately blocked, for instance. The US institutions are very resilient and I think the phenomenon of Trump will blow over. What worries me more is the increasing polarization between Republicans and Democrats. Over the years, it has become more and more difficult for politicians of both parties to cooperate on issues of national interest. This mounting gridlock leads to a lot of frustration by the population with ‘the system’, or with democracy more generally. And sometimes democracies are overthrown when citizens become frustrated. A classic example is Weimar Germany, which was also very gridlocked. In that sense, the polarization is a more fundamental problem than Trump trying to overthrow institutions.

Looking at the future of your field, what do you think are interesting areas of research for students who are interested in the interplay between political institutions and economic outcomes?

I think there are many things we don’t understand nearly well enough. There is a lot to be done on the rise of inequality. Why has CEO pay gone from 20 times the average salary to 200 times the average salary? Another very promising area is the topic of state capacity, which I discussed during the lectures. Why– for example – does the Dutch government work so well compared to most other countries, and why do most people here actually trust their government? These are such fundamental questions, and there’s very little work on this. There are no good theoretical models, and the number of well-identified empirical papers on this topic can be counted on one hand. I think these are all very promising areas of research. At some deeper level it’s about social order, the ways in which states and societies interact and mold each other; it’s about why this social order ended up in the Netherlands in a way which is so much more beneficial for the average citizen than the social orders we see in so many other places in the world. We’ve hardly begun to understand this.

James Robinson is Dr. Richard L. Pearson Professor of Global Conflict Studies and University Professor at the Harris School of Public Policy at the University Chicago. He studied economics at the London School of Economics, the University of Warwick and Yale University. His main research interests are in comparative economic and political development with a focus on the long-run with a particular interest in Latin America and Sub-Saharan Africa. He is currently conducting research in the Democratic Republic of the Congo, Sierra Leone, Haiti and in Colombia.