The Society of Actuaries (SOA) selected research fellow Tim Boonen as the winner of the 2022 SOA Actuarial Science Early Career Award. In addition to the award, the winner also received a cash prize of $5,000. 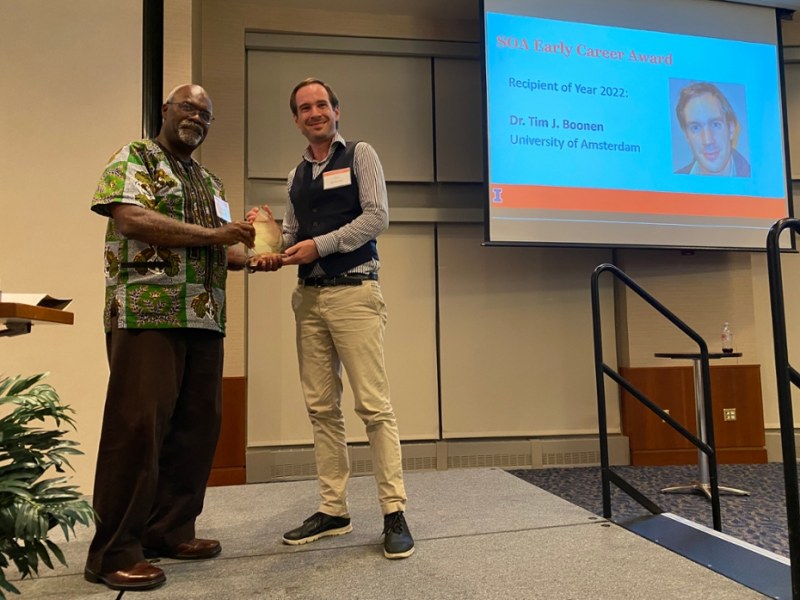 Boonen is an associate professor of actuarial science and mathematical finance in the Amsterdam School of Economics at the University of Amsterdam. Boonen’s research interests include risk sharing, capital allocation, applications of game theory in insurance, and longevity risk modelling.

Open to scholars around the world, this award recognizes individuals for their exceptional scientific contributions in actuarial science at the early stages of their academic career.The SOA selected him for the Early Career Award for his ‘exceptional scientific contributions in actuarial science’ in the early stages of his academic career. The organisation praised his expertise in quantitative risk management and his multidisciplinary research focus. The SOA also recognised Boonen’s work in introducing and developing new economic methodologies and the publication of his work in leading peer-reviewed academic journals.

Read more on the website of the Society of Actuaries (SOA).