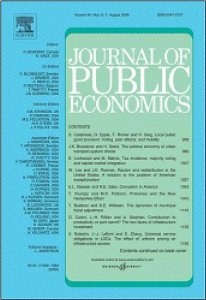 In January 2006, the Dutch government implemented a pension reform that substantially reduced the public pension wealth of workers born in 1950 or later. At the same time, a tax-facilitated savings plan was introduced that implied a large savings subsidy for all workers, irrespective of birth year. This paper uses linked administrative and survey data to assess the effect of the reform on the savings and retirement expectations and realizations of two virtually identical male cohorts that differ only in treatment status, the treated having been born in 1950 and the controls having been born in 1949. We show that retirement expectations are in line with realizations and that the reform increased the labor supply for the larger part of the workers, namely, those without sufficient means to substantially increase private savings to counter the effect of the reform. These workers have zero substitution rates between private and public wealth. On the other hand, there is a group of mostly high-wage workers who participate in the tax-facilitated savings plan and increase their private savings to fully counter the impact of the drop in public wealth. An unintended side effect of the introduction of the tax-facilitated savings plan is that high-wage earners who are not affected by the drop in pension wealth retire even sooner than initially planned.