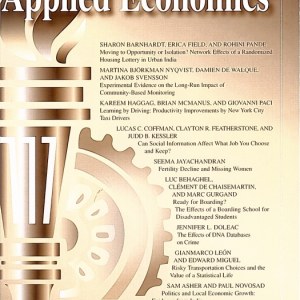 We use lab experiments and field data from the Dutch Math Olympiad to show that women are more likely than men to stop competing if they lose. In a math competition in the lab, women are much less likely than men to choose competition again after losing in the first round. In the Math Olympiad, girls, but not boys, who fail to make the second round are less likely to compete again one year later. This gender difference in the reaction to competition outcomes may help to explain why fewer women make it to the top in business and academia.