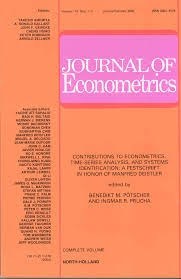 A single outlier in a regression model can be detected by the effect of its deletion on the residual sum of squares. An equivalent procedure is the simple intervention in which an extra parameter is added for the mean of the observation in question. Similarly, for unobserved components or structural time-series models, the effect of elaborations of the model on inferences can be investigated by the use of interventions involving a single parameter, such as trend or level changes. Because such time-series models contain more than one variance, the effect of the intervention is measured by the change in individual variances. We examine the effect on the estimated parameters of moving various kinds of intervention along the series. The horrendous computational problems involved are overcome by the use of score statistics combined with recent developments in filtering and smoothing. Interpretation of the resulting time-series plots of diagnostics is aided by simulation envelopes. Our procedures, illustrated with four example, permit keen insights into the fragility of inferences to specific shocks, such as outliers and level breaks. Although the emphasis is mostly on parameter estimation, forecast are also considered. Possible extensions include seasonal adjustment and detrending of series.