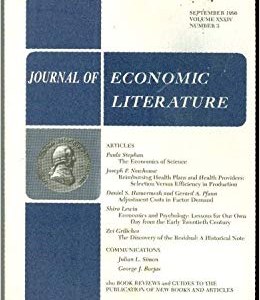 Beetsma, R. and Giuliodori, M. (2010). The macroeconomic costs and benefits of the EMU and other monetary unions: An overview of recent research Journal of Economic Literature, 48(3):603--641.

This article provides an overview of recent research into the macroeconomic costs and benefits of monetary unification. We are primarily interested in Europe's monetary union. Given that unification entails the loss of a policy instrument, its potential benefits have to be found elsewhere. Unification may serve as a vehicle for beneficial institutional changes. In particular, it may be a route toward an independent monetary policy, which alleviates the scope for political pressure to relax monetary policy. Unification also eliminates harmful monetary policy spillovers and competitive devaluations. We explore how disagreement between the monetary and fiscal authorities about their policy objectives can lead to extreme macroeconomic outcomes. Further, we pay considerable attention to the desirability (or not) of fiscal constraints and fiscal coordination in a monetary union. Monetary commitment and fiscal free riding play a key role in this regard. Similar free-riding issues also feature prominently in the analysis of how unification influences structural reforms. We end with a brief discussion of monetary unification outside Europe. The cost-benefit trade-off of unification may differ substantially between industrialized and less-developed countries, where differences in fiscal needs and, hence, the reliance on seigniorage revenues may dominate the scope for unification.