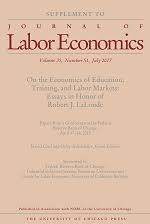 This paper examines the effects of an intervention that expanded access to low-cost, government-sponsored, community-based playgroups in rural Indonesia. Instrumental variables and difference-in-differences models indicate that while the intervention raised enrollment rates and durations of enrollment for everyone, on average, there was little impact on child development. The two models correspond to different durations of project exposure. The difference-in-differences model captures greater exposure and shows that there are modest and sustained impacts on child development—especially for children from more disadvantaged backgrounds. There is also evidence that the intervention encouraged substitution away from other services, such as kindergartens.