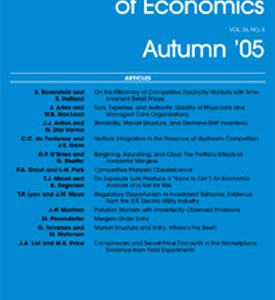 In its landmark ruling in Illinois Brick Co. v. Illinois in 1977, the U.S. Supreme Court restricted standing to sue for recovery of antitrust damages to direct purchasers. However, antitrust damages are typically (in part) passed on to intermediaries lower in the chain of production and ultimately to consumers. We show that the Illinois Brick rule facilitates collusion. It allows an upstream cartel to shield itself from private damage claims by forwarding a share of cartel profits to its direct purchasers. These benefits dissuade the direct purchasers from exercising their exclusive right to sue for private damages. The cartel can achieve this by rationing inputs at low prices. Several U.S. antitrust cases show symptoms of 'Illinois Walls.'