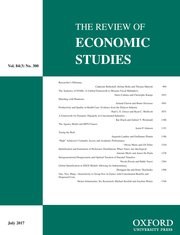 We study two wage bargaining games between a firm and multiple workers. We revisit the bargaining game proposed by Stole and Zwiebel. We show that, in the unique Subgame Perfect Equilibrium, the gains from trade captured by workers who bargain earlier with the firm are larger than those captured by workers who bargain later, as well as larger than those captured by the firm. The resulting equilibrium payoffs are different from those reported in Stole and Zwiebel as they are not the Shapley values. We propose a novel bargaining game, the Rolodex game, which follows a simple and realistic protocol. In the unique no-delay Subgame Perfect Equilibrium of this game, the payoffs to the firm and to the workers are their Shapley values.