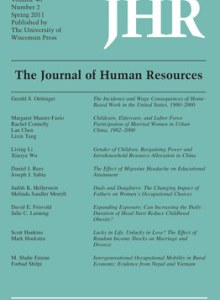 We analyze discrimination against less attractive people on a TV game show with high stakes. The game has a rich structure that allows us to disentangle the relationship between attractiveness and the determinants of a player’s earnings. Unattractive players perform no worse than attractive ones, and are equally cooperative in the prisoner’s dilemma stage of the game. Nevertheless, they are substantially more likely to be eliminated by their peers, even though this is costly. We investigate third party perceptions of discrimination by asking subjects to predict elimination decisions. Subjects implicitly assign a role for attractiveness but underestimate its magnitude.